We have a responsibility to be civil 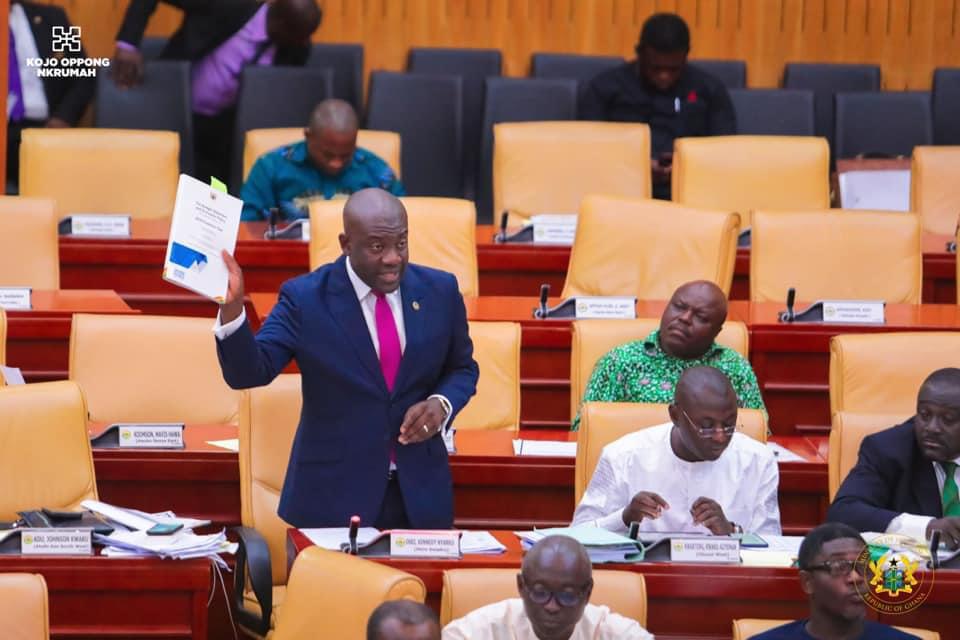 The past few months in Ghana’s parliamentary history will go down as some of the most embarrassing. The best example of West African democracy was drowned in regular examples of unruly behavior by honorable members of the house simply because we disagreed on issues. In the chamber from where we were previously our respect for the rule of law and peaceful civil conduct even when disagreed, we are now lampooned as being the example of failed leaders.

The chamber of Parliament is designed to be a place where the brightest and the best ideas find expression. It is set up with elaborate rules aimed at creating a conducive environment where the representatives of the people deliberate on issues of national interest. The  previous seven Parliaments are remembered for some of the best debates, life transforming policies and tense moments. Major disagreements that ensued were resolved through various legal means such as walk-outs, counter motions, statements, public demonstrations and votes. None of them degenerated into chaos in the chamber due to a disagreement among members. Unfortunately, the 8th near-hung parliament is fast degenerating into an arena where disagreements are often settled through trading of blows.

I am one of those who believe that there is absolutely nothing wrong with MPs disagreeing on a matter. Indeed if we all agreed on everything, this would probably not be a robust democracy. But while it is okay to disagree with each other, it is not okay to physically obstruct Parliamentary business with violence and unruly behavior, simply because we disagree. The manner in which we are conducting ourselves is frankly shameful and condemnable. The manner in which law makers are fast becoming the most lawless group in the country is simply unacceptable.

Violence and misconduct in the chamber among the Political class, have dire consequences on our national fortunes.

First, it sends a dangerous signal to the populace . Not only does it say we are actually not as matured a democracy as we claim to be, but it actually encourages all levels of our society that violence is the best way to settle disagreements. Conduct like this undermines the idea that Ghana is a peaceful haven in a volatile sub-region. What will we as MPs say when the youth in our communities resort to violence to settle their disagreements? Will we have the moral rights to call them to order?

Secondly, conduct like this affects global confidence in our economy and the flow of investments into Ghana. This inward flow plays a key role in helping grow our economy. Already, our international rating has suffered a dip. In the recent Fitch downgrade of Ghana’s economy to B- with a negative outlook, one of the strong arguments that was made in the report was though Ghana has a percentile rank above 50 for the respective Governance Indicator, what happened in Parliament has the tendency to impact the country’s credit profile and reduce investor confidence. How can we say we want to grow our economy for the benefit of the people, yet be the very ones sending signals to the global investor community that we are unable to manage our own affairs.

A third challenge is the kind of precedent we set for future parliamentary conduct on how to handle disagreements. While we reminisce in the intellectual brilliance of the J.H Mensahs and the Moses Asagas of previous parliaments, we must ask ourselves what sort of legacy of parliamentary conduct are we leaving for the 9th and subsequent parliaments?

For me, the developments in Parliament are not even about the e-levy per se. They are about a new culture brewing in the legislature which must be condemned by all and quickly addressed. They are about the belief, that it is okay to use violence and physical obstruction to stop parliamentary business from proceeding. This new culture if not checked will spell doom for our democracy and our body politic. If not checked, this culture will characterize all other business in future parliaments. That once members disagree on a matter, violence and obstruction is the way out.

We as Members have a responsibility to be civil in our conduct. Yes we can disagree. Yes we will disagree on many matters. But we must be civil in how we express our disagreements and how we resolve them. We should debate our various viewpoints and use the power of reason and persuasion to convince one another. And when we are done we must take a civil vote on which view carried the most of members present and voting. Additionally if anyone is displeased with even the procedures adopted, there are equally acceptable legal ways of raising and having that displeasure addressed. Violence, uncivil conduct and physical obstruction are totally unacceptable.

We are guilty of damaging the country’s image and democratic record. But we have a chance to recover as Parliament resumes sittings from today. As has been announced, we in the Majority will re-engage our colleagues in the Minority and seek to reach consensus on matters we may have disagreement on. It is our expectation that both sides of the house will approach these matters in good faith and in accordance with the laid down rules and conventions of Parliament. We have a responsibility to be civil, lest we bring down this democracy by our own unruly behavior.