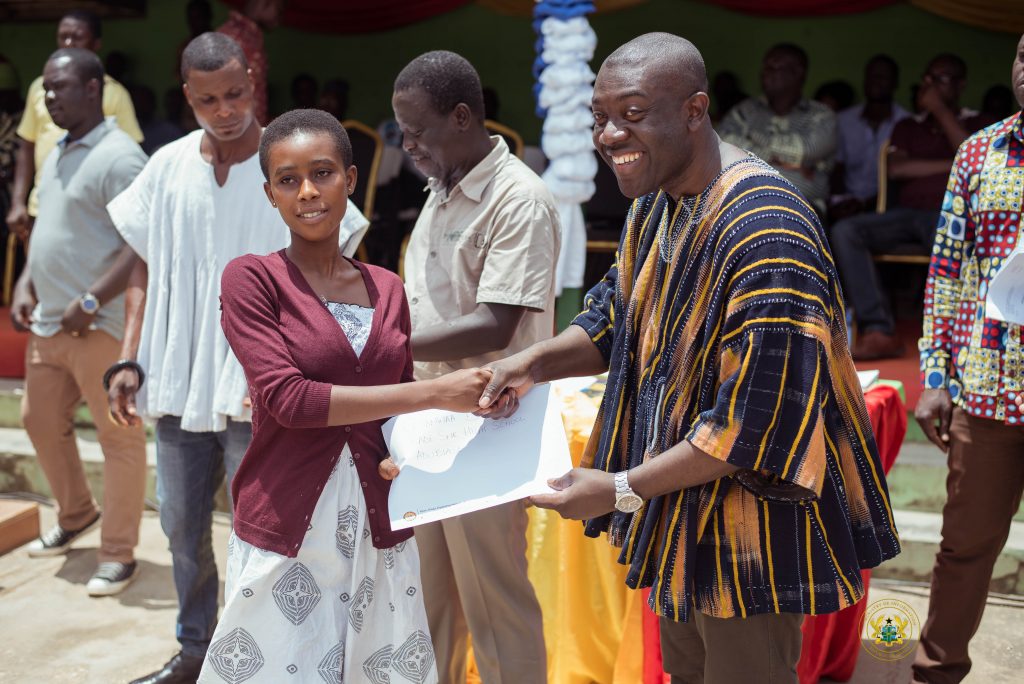 The Member of Parliament (MP) for Ofoase-Ayirebi, Kojo Oppong Nkrumah, has awarded scholarships to 200 students in his constituency.

The Education and Skills Development Programme committee in the constituency received over 1000 applications, but 200 students from SHS Forms 2 and 3, Teacher and Nursing Training Colleges, Polytechnics and Universities sailed through the process to benefit from the scheme.

Mr. Oppong-Nkrumah advised the beneficiaries to live above reproach and stay focused to justify why they merited the scholarship.

“Through this initiative we hope to keep about 200 students every year in school starting from this year. To you who are beneficiaries don’t let me down, don’t let your parents down and don’t let the people of Ofoase-Ayirebi down,” Mr. Oppong Nkrumah emphasized.

Mr. Oppong Nkrumah expressed his gratitude to the District Assembly for its support in developing the constituency.

He noted that the collaboration between the local assembly and his office has also culminated in the provision of a mechanized borehole system with four tanks and a solar panel for residents of Akyem Akokoaso in the Ofoase-Ayirebi constituency.

“We are also in the process of facilitating the provision of over 3,000 electricity meters for many residents who were not captured in the first phase. 27 other communities will also receive electricity in the Electricity Extension Programme that will soon commence in the district,” the MP promised.

The District Chief Executive of the area, Paul Asamoah, hailed the MP for his dedication and fulfillment of his campaign promises, adding that the scholarship scheme “has taken away immense pressure” from him.

He assured the constituents the New Patriotic Party (NPP) government will deliver on its promises such as One Constituency One Million Dollars initiative, and One District One Factory Project.

Mr. Asamoah appealed to the government to help put up a hospital in the district since there is no major health facility to take care of emergencies.

“A district of 140,000 has no doctor. This is heart-wrenching. We are appealing to the government through the Ministry of Local Government to help us,” the DCE stressed.

Parents of beneficiaries express joy at the initiative

Parents of beneficiaries could not hide their joy, heaped praises on the MP for the timely intervention.

A parent said “I have been thinking of how to pay my son’s admission fees. I thank the MP for this gesture. It is very timely”.

Another parent explained that “ Most of us have been considering going for loans to enable us pay our children’s’ fees. The scholarship is a relief on my finances and that of several other households.