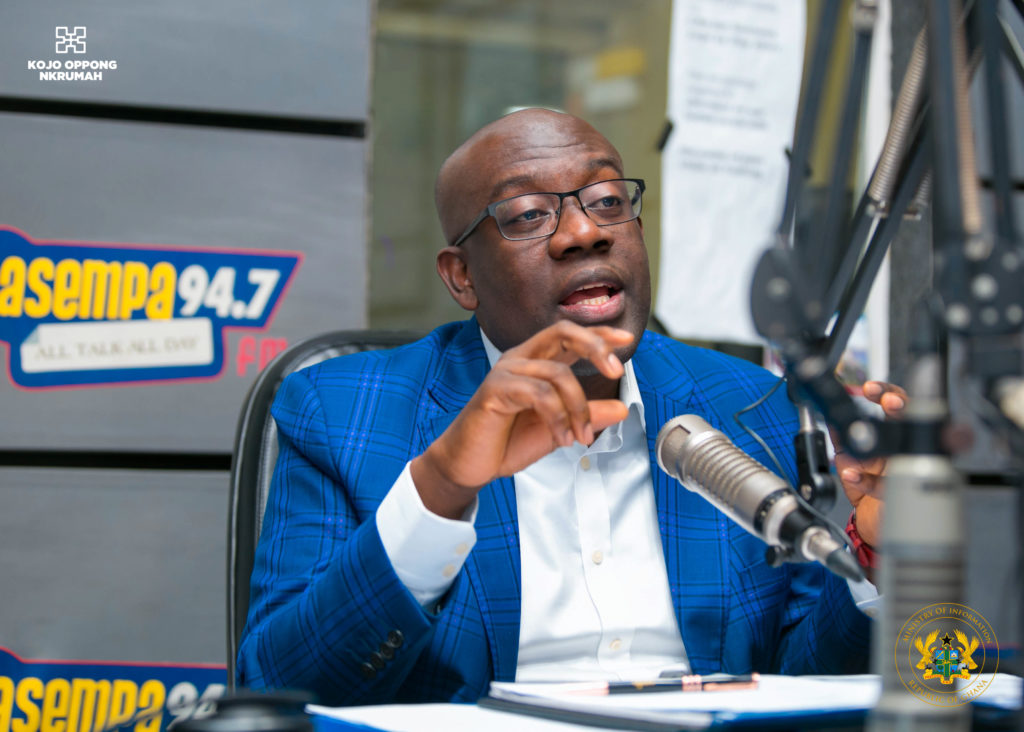 Information Minister, Kojo Oppong Nkrumah says hospital projects started by the erstwhile Mahama administration have not been abandoned but are being worked on.

President Nana Akufo-Addo on Sunday, April 26, 2020, during his national address, announced the construction of hospitals in some 88 districts across the country.

He also reiterated the government’s plans of building regional hospitals in the six new regions to boost healthcare delivery in the country.

This announcement has generated public discussion about some hospital projects started by previous governments not being completed or abandoned while new health projects are being promised by the current government.

The Information Minister in answering a question on the above on the Citi Breakfast Show on Monday, April 27, 2020, said most of the projects are still work in progress and some are faced with finance modelling difficulties.

“The unfinished hospitals largely remain work in progress and we will give an update on where we picked them from and how far we have come with them. There are some that we have finished and opened up, some are near completion and some have gotten into financial and contracting difficulties because of some issues associated with them. We will also give dates on when those in progress will be finished. It is to make the point that, some may be uncompleted still but they are not abandoned, it is work in progress, it will be finished by a particular time.”

“Some of these projects were even started during former President John Agyekum Kufuor’s time and it wasn’t completed in the 8 years not because the government was wicked and sort to abandon them but the module financing around them is the problem,” the Minister said

Former President John Mahama has on several occasions accused the Akufo-Addo administration of abandoning many of the projects started during his government’s tenure.

The former President said he finds it disappointing that a number of the projects remain uncompleted since his administration left office in January 2017.

The government in August 2018 said it was actively pursuing the completion of some abandoned hospitals.

The assurance was premised on Citi FM and Occupy Ghana petition to the Presidency demanding the operationalization of all completed but non-functioning health facilities and timelines for the competition of abandoned ones.

The government through the Ministry of Health in an extensive response to that petition gave specific timelines for the competition of the key health facilities it had identified and had direct oversight responsibility for.