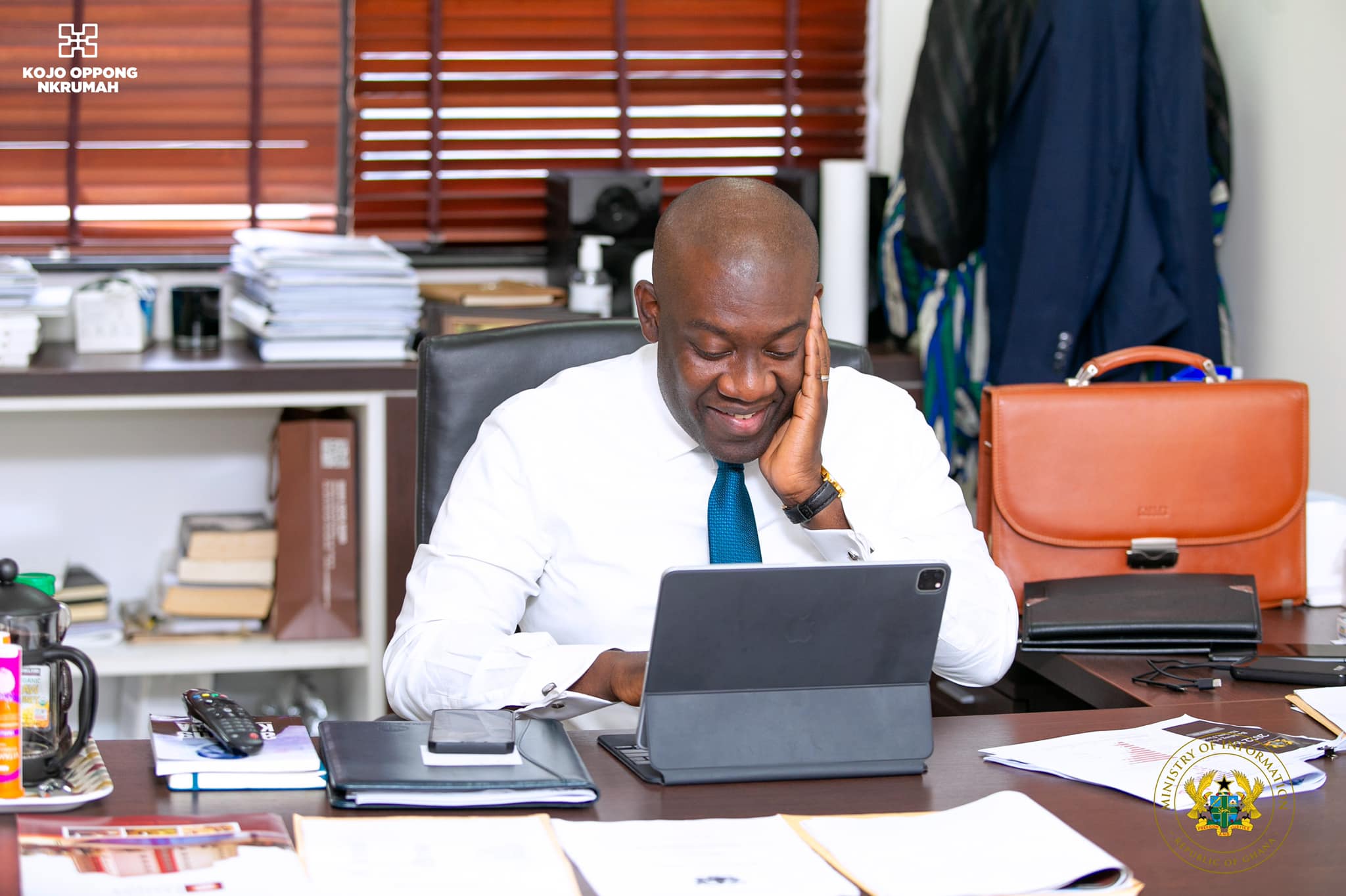 Private Legal Practitioner and a leading member of the governing New Patriotic Party, Gabby Asare Otchere Darko has conveyed his immense appreciation to the efforts and energy put forth by the Minister for Information as the nation battles the deadly COVID-19 pandemic.

According to Mr. Otchere Darko, Kojo Oppong Nkrumah has “excellently” been up to the task in these difficult times as far as the communication and information delivery to the public on the COVID-19 are concerned.

He added that the periodic briefings of Kojo Oppong Nkrumah with the various ministers and other experts are professionally organized, eloquently delivered and very informative.

He, therefore, expressed his appreciation indicating that Ghana is very grateful to have him and his team at this critical period.

“Minister of Information, Kojo Oppong Nkrumah, MP, has been excellent over this difficult period. His daily briefings with ministers and various experts are professionally organized, eloquently delivered and very informative. Ghana is grateful to him and his team. #COVID19Ghana,” the Twitter post of Gabby Asare Otchere Darko read.

Gabby Asare Otchere Darko joins a number of Ghanaians who have been extremely thankful to the Information Minister for his hard work ever since his appointment as Minister.

For instance, the Managing Director of Accra-based Citi FM and Afia Amankwah Tamakloe, a journalist with Multimedia Group and a host of others have taken to their Social Media pages to appreciate the good works of Kojo Oppong Nkrumah.

The Information Ministry, led by Kojo Oppong Nkrumah is at the forefront of public education as the government works around the clock to deal with the spread of COVID-19 in the country.

Mr. Oppong Nkrumah has also recently been chosen as one of 115 leaders, described by the World Economic Forum as the world’s most promising leaders under the age of 40 years. They were selected out of a pool of more than 2,000 nominations.

The Ofoase Ayirebi legislator was named alongside the Prime Minister of Finland Sanna Marin, Vice-President of Ecuador Otto Sonnenholzner, Chief Economist Allianz Germany Ludovic Subran and Meagan Rapinoe who is the Senior Captain of the US Women’s National Team to chart a path for the youth to follow.