2020 Elections: Vote NPP because we have a better track record 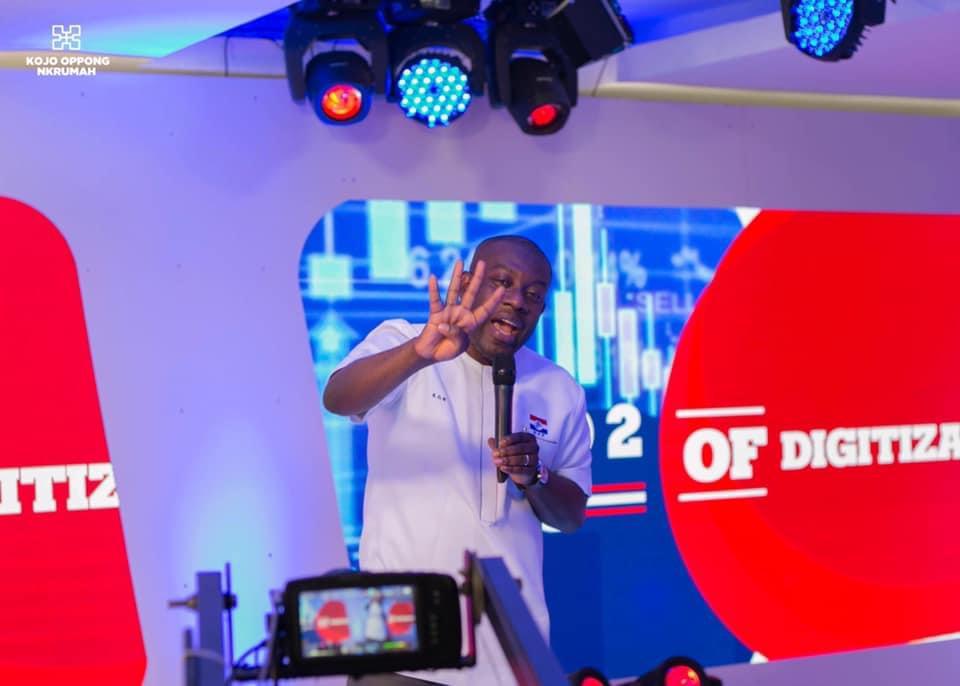 Information Minister, Kojo Oppong Nkrumah has urged Ghanaians to compare the track records of the two main political parties in the country before deciding who to vote for in the December elections.

According to him, since both the New Patriotic Party (NPP) and the National Democratic Congress (NDC) have had a feel of governance, it is better to compare their track records and achievements.

Speaking at the Maiden edition of the NPP’s Round 2 Virtual Rally on Sunday in Accra, Mr. Oppong Nkrumah noted that the current administration has in three and half years laid a good foundation for the transformation of the country, a record that the opposition NDC under the leadership of John Dramani Mahama has struggled to achieve.

“There are those who argue that this election is about those who can make the most mouthwatering promises to young people. Promises are important and they are easy to make but I dare say that this election is not so much about who can make the best promises to young people. It is about who has the best track record when it comes to supporting the young men and women of Ghana.

Comparing the track records of both parties, the Minister emphasized that the NPP has in the past initiated social intervention policies that cater for the basic needs of Ghanaians. Some of these policies he said are the Capitation Grant and the School Feeding Programme.

He said with the implementation of the Free Senior High School Programme, the current NPP administration is building on where it left off and should be given the nod in the December 7 election to continue.

“The Akufo-Addo administration has been building on it. I will not spend too much time talking about the Free Senior High School Programme because I know all of you are very familiar with it. Most likely at least you know one person who is benefiting from the Free SHS. Not just that one person, but about 1.2 million other young Ghanaians are benefiting from this programme,” he added.